There must be something in the air…

Pollution is something that has really become a concern for me here in Nanjing. The main reason for this is that I have had a sore throat and cough for about 3 months, and after x-rays and blood tests I have been declared healthy, even though I feel far from that.

I blame pollution for this, since that seems to make more sense than the ideas my co-workers have come up with. One thought it was because I work in a hospital, which isn’t the worst idea, except that I am not even in the same building as patients. Another thought was that I don’t wash my hands enough, which simply isn’t true, thoroughly washing my hands like a surgeon while wearing my doctor’s coat is one of my secret pleasures at work. The final idea was allergies, but seeing that it has lasted from late August to early December, I’m having a hard time accepting that idea either.

Pollution though I think I can make a strong case for. One thing is that Nanjing’s air on an average day is 20x dirtier than the air in Indianapolis, and on a bad day (5-6x a month) it is a full 40x worse, and that is according to the government website (Chinese) that has been criticized for under reporting the actual pollution. I think of this as getting a month’s worth of pollutants in my lungs every day, although I’m not 100% on the science behind that. The scary part of that though is Nanjing is considered to have fairly clean air by Chinese standards. 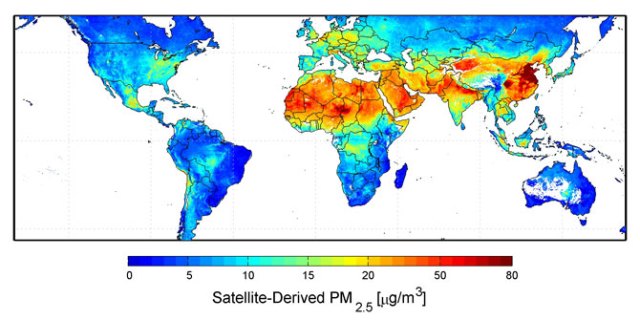 NASA particle map, I live in that dark red patch

The other day I was talking with a doctor about this and he mentioned that in his anatomy class that he had dissected 10 cadavers and the professor had to make a special note, lungs are not typically black. In all the cadavers smokers/non-smokers, women/men, all of them had black lungs simply from living in China. He laughed saying that he hoped someday to see a foreigner’s lung, since he had never seen a healthy one.

So I could go on about child asthma increasing more than 40% over the last decade (of course that also is partially people getting properly diagnosed), Shanghai’s haze that occasionally limits vision to just a few blocks, or Beijing’s record setting 500+ on the Air Quality Index (described by the US embassy officially as “Crazy Bad”), but universal black lungs seem to be the strongest indicator of what China’s pollution actually means for the average person.

With that image in my mind I wonder how many years are being taken off my life just by living here. It is awfully hard not to think that way when every morning I step out of our apartment and see the city wrapped in pollution that stretches on in every direction for miles and miles.

The view from my front door, on a day with "excellent" air quality taken at noon

I walk down the stairs and am assaulted by diesel fumes before the sounds of the street even reach me. The same doctor told me the other day with a smile that Chinese people can accept this pollution as it is part of their culture, he didn’t realize how sad that statement really was.

A further look at pollution in China: Blowing Smoke

I have been working in China for nearly five years now. I have traveled to more than 30 cities and towns, and have lived in 3 provinces. I am interested in issues concerning development in China and the rest of the world. I hope to provide a balanced look at some of the issues facing China as it continues its rise to power.
View all posts by T →
This entry was posted in Development, Environment, Life in China and tagged Air pollution, Air Quality Index, asthma, Beijing, China, Nanjing, news, Pollution. Bookmark the permalink.

11 Responses to There must be something in the air…