One of the first thing people ask me when I tell them I live in China is whether or not it’s a difficult language. The short answer is: yes. Like any language it is tricky, but I promise it’s not as bad as it seems. So for the next couple days I’m going to try to explain the basics of how Chinese works, and you’ll see what I’m talking about.

I promise, it's not actually this confusing

Fear #1 – Tones:The first day of Chinese class I was shown something like the picture above showing the 4 tones of Mandarin. The teacher then explained the importance of tones, and how the slightest inflection could completely change the meaning.

However I  have never bothered to learn tones, but I can chat without any problems. Why? In context the tones don’t really matter. After all, when was the last time you talked about your mother berating a horse or any other pack animal?

Another way to think about it is that, in English, we have piles of homophones (words that sound the same but have different meanings), but we rarely are confused by them.

Ex. Do you usually walk your dog, or wok your dog?

Fear #2 – Pronunciation:Most people think that Chinese sounds so different that it’s hard to even say a single word, but the reason Chinese has tones is because it is “sound poor,” (meaning that it a limited number of sounds). That is why they needed tones to break things up. After one or two hours you could pronounce every Chinese word. Compared to English with words like laryngopharynx (what did you expect, I work in a hospital). 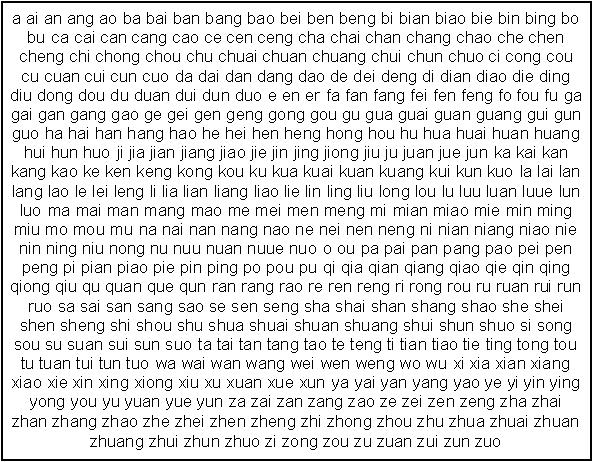 Pronunciation for every Chinese word, try doing that with English

Chinese phonetics (called Pinyin) is also a consistent system. No exceptions, ever.

Fear #3 – Grammar: The next idea I want to bring up is that even though reading is difficult (since there are so many characters), grammar is simple. Chinese sentences can always be formed with Time+Subject+Verb+Object.

It gets even better though, Chinese has no irregular verbs, no verb conjugation, and no tense beyond a time marker. So all I do is change the time to make something past-tense or future-tense

Tomorrow we’ll be looking at how Chinese characters are formed, and why learning 10,000 of them isn’t as impossible as it sounds.

I have been working in China for nearly five years now. I have traveled to more than 30 cities and towns, and have lived in 3 provinces. I am interested in issues concerning development in China and the rest of the world. I hope to provide a balanced look at some of the issues facing China as it continues its rise to power.
View all posts by T →
This entry was posted in Chinese Culture & Language and tagged China, Chinese, Chinese language, English language, Future tense, Grammar, Language, learning chinese, Tone (linguistics). Bookmark the permalink.