On the morning of May 13, while visiting a black jail in Ziyang, Sichuan province (四川资阳), seven rights lawyers from Beijing and Chengdu were intercepted, beaten and kidnapped by unidentified men. After that their cellphones ceased to answer.

Upon learning the news of their colleagues’ encounter, four more lawyers went to Ziyang to help. They were first followed by men in plain clothes, and then they too were snatched. 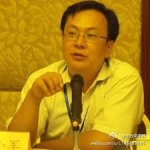 By Beijing time Tuesday morning, three lawyers were released and have since returned to Chengdu, the provincial capital, while the whereabouts of the other eight are still unknown. They were taken away around 2 am Tuesday from the police station where they had been held.

According to several other rights lawyers following and reporting the incident online, the black jail has the improbable name of the “Rule of Law Education Center of Ziyang Municipality” (资阳市法制教育中心). From outside, it looks like a resort, but it houses what the authorities called the “rule of law classes” (法制学习班). Some have been jailed there for five or six years, and some were tortured to death. During the last Chinese New Year season, there were as many as 260 people illegally jailed there. (See below for address and telephone numbers of the facility.)

Teng Biao (@滕_彪_) posted on Weibo that “the so-call Rule of Law Education Centers can be found all over China, and they are also known as brainwashing camps, or study class, but they are really concentration camps where torture is used routinely. There are a shocking number of Falungong practitioners, petitioners and others who have been detained in these facilities across China. Lawyers said that more prisoners had been tortured to death in these illegal detention centers than in jails or re-education-through-labor camps. In this particular Center in Ziyang, at least three are known to have died of torture.”